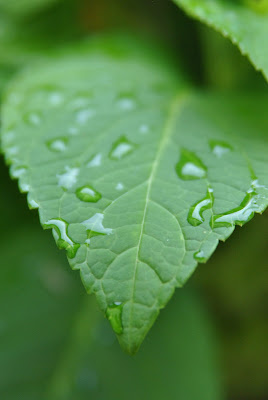 There is something about a rare long slow summer rain that calms me.  I enjoy sitting on the back porch and listening to the drops as they hit the metal roof and slide down to water the grass and plants.  Speaking of plants and water, they are my favorite things to photograph. Just something about water on a green leaf fascinates me.  The different shades of green, the textures, the goodness that water is doing to the plant.
Posted by Geo at 8:41 AM No comments:

Dear blog -- I'm bringing you back to life.

After years away from this blog I wasn't even sure it still existed.  Well, it does so I'm bringing it back to life.  I always enjoyed it.  I have been thinking a lot lately about getting back around to some of the things I enjoy doing.

I had started riding my bike again then we had a heat wave as I was training for a short benefit ride for Renewal Ranch ( http://www.therenewalranch.org/ ).  I was easily riding 30 miles and had signed up for that course.  For some strange reason of all days my legs cramped and it was both legs front and back, top and bottom but I made it over that last hill and rolled through the finish.

Early this morning I went on a photo walk.  I used to love doing these.  You grab your camera and head off some place then get out and walk and just really take it all in and photograph things. 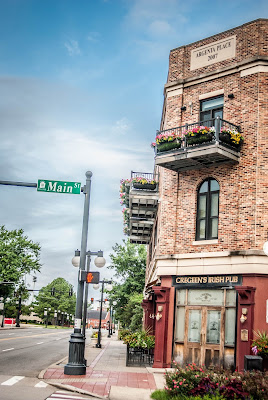 It was fun reading back in the early post of 2005 and the things going on.  This was 11 years ago and there was one Thanksgiving post were I "got in a quick 50 mile ride today".  I keep telling myself I really need to get this belly off so I think I'll stop writing and go for a ride!

For years we have talked about cleaning out the attic but something or some excuse always got in the way.  Well today we got half way through.  3 full sized silk trees, various car parts from the kid... you name it and we probably had it up there.  Oh and huge stuffed animals that boyfriends of Emily's had given her over the years.  One year I even pulled them all down and used them for a back prop for our baby dedication day at church.  Yes, that many.  It felt 105 degrees up there but I was not going to stop.  Some of the trash bags had broken down to the point of turning back to dust of the earth.  HA!
I will be nice to have a fairly clean attic to start filling up from the middle aged years of our lives.
Posted by Geo at 2:37 PM No comments:

When I was a child we used to take a 6 hour drive to Muscle Shoals, AL to see my Mom and Dad's families.  It was fun once we got there except when the adults just sat around and drank coffee.  One of my aunt and uncles had a house on the Tennessee River and nothing thrilled me more than a day of swimming there.  Aunt Beck was the craziest of all the aunts and uncles and they we're a bunch. My Dad's family have passed and only 2 of my mom's are alive. Both live in "Mus-shoals".  We heard that the old house was torn down as part of the expansion by the church which has always been across the road.  So I wanted to see if I could get anything from the old house as part of Mom's Mother's Day gift.  I contacted the pastor and come to find out the house has not been torn down but will be sometime or moved.  He said we could come anytime and could take anything that would preserve the memory!  So on May 3rd we are going to walk through the old house one more time, get a few bulbs (flowers) and do a photo session. I've not been back to Shoals in about 25 years at least. Go back to square one and enjoy

I know, it's been years since I really blogged.  I enjoyed it a lot but like so many projects I did I got burnt out and took a break,  Today I went to pick up my bike at a great bike ship in town called Spokes of Little Rock.  I actually had punctured my tire last week and called to see if they could fix it.  I took it in at lunch and they fixed it while I was standing there and made a couple of other small adjustments for free.  Holy cow, it's the Chikfila of bike shops... you know ... over the top customer service.  It was great. I was on my bike afterwork that afternoon and loving it.  I scheduled a tuneup for this week and picked it up after work.  The place was slammed packed but I and everyone else was treated like a VIP.  There is even a coffee bar in the place.  They rolled the bike out and it looked brand new.  No I'm serious, brand new!  I was so excited that I may have even strutted a little on the sidewalk walking it back to the truck.  I was proud!  In fact I would have gone to ride tonight but we had the son and his wife over for dinner which is a good reason not to ride.  They'll be moving out to Denver in about a year so I want all the time I can get.  So tomorrow I'll run down to Benton and enjoy a few moments with my mom then work on her yard a while and then return to Sherwood and roll out for a afternoon lea sure ride on my bike that looks brand new,

Looking for me? I have a new blog

Hey there! Ya looking for me?

I have a new blog over here at :
http://theglassofphotogeo.blogspot.com/

I rented a lens from LensRental.com out of Memphis. I highly recommend them. I have been shopping for a new lens, well, awwwrighty, I've been wishing for a new lens but it had to be under 6" in order to get into stadiums with it. They have this crazy 6" rule at most.

My daughter and I started a Daughter/Dad weekend trip where we go to an out of town Razorback football game. Last year we went over to South Carolina but this year is was much closer to home. Ole Miss in Oxford, Mississippi. It's just a few miles down from Memphis, TN, which is just an one and a half hour drive from our house. 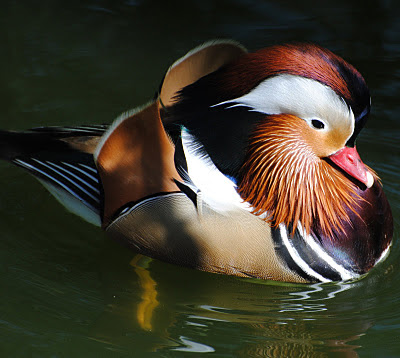 I took Friday off and we headed over and of course had to go to a mandatory mall first. Then I suggested the Memphis Zoo. We had a blast. Even Em thought it was more fun than shopping. I was able to get some pretty OK shots while at the zoo.

Saturday we ran down the road to Ole Miss to see the Razorbacks whip up on Ole Miss but Lord have mercy it was an spooky game. We were supposed to run off with the game and whip them big time but that didn't happen and the quote after the win was, "Well a win is a win." If I heard it once I've heard it a million times in 2 days.

So, here below is a small sampling of the weekend shots... enjoy 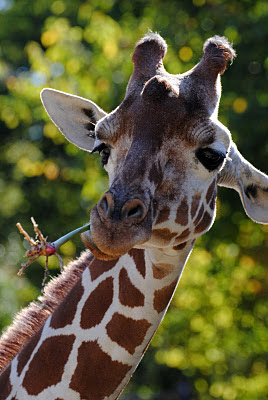 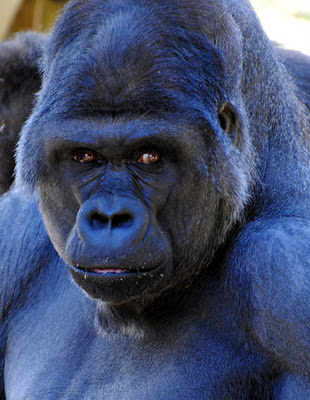 Geo
Just a regular guy heading back up the trail of life and stopping along the way to photograph the world!